Here's a picture of your pup 3/11/15 she's with a 15 month old Setter that has some serious wheels she's doing great this little hunt lasted 1.5 hours obedience training going great talk at you soon Billy 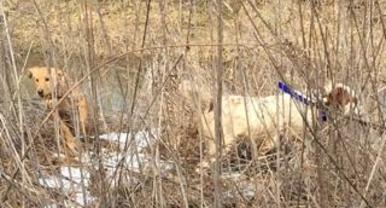 You would have been proud of your puppy yesterday 2/8/15 she flushed three Chuckars during a hunt it was awesome Setters were pointed so I could get her downwind she threw that head up at the Scent started cracking the tail hunted into the wind through the milo and Bam bird got up and went after the shot and then fetched it up 3 different times she’s already paying for herself $250 tip thank you Randy
Shags Run Hunt Club, KY    William Gerwin

He's adjusted well to his new home, gets along great with his new K-9 family and is doing well with basic training. He is a great pup! Thanks  Greg Smith   Williamsburg, MA. 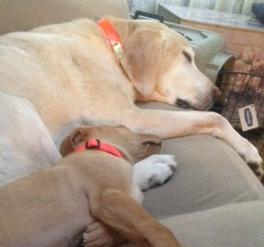 Chief is doing awesome! Such a good pup. Gets along great with other dogs too.        Brian Foulger  Bethesda, MD. 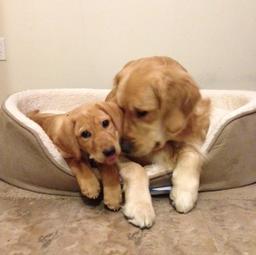